Today, the Working Families Party is announcing our first three endorsements for New York State Senate: three progressive women who are running against members of the Independent Democratic Conference.

Chip in now to help us defeat the IDC-Republican alliance and elect Working Families Democrats across New York state. 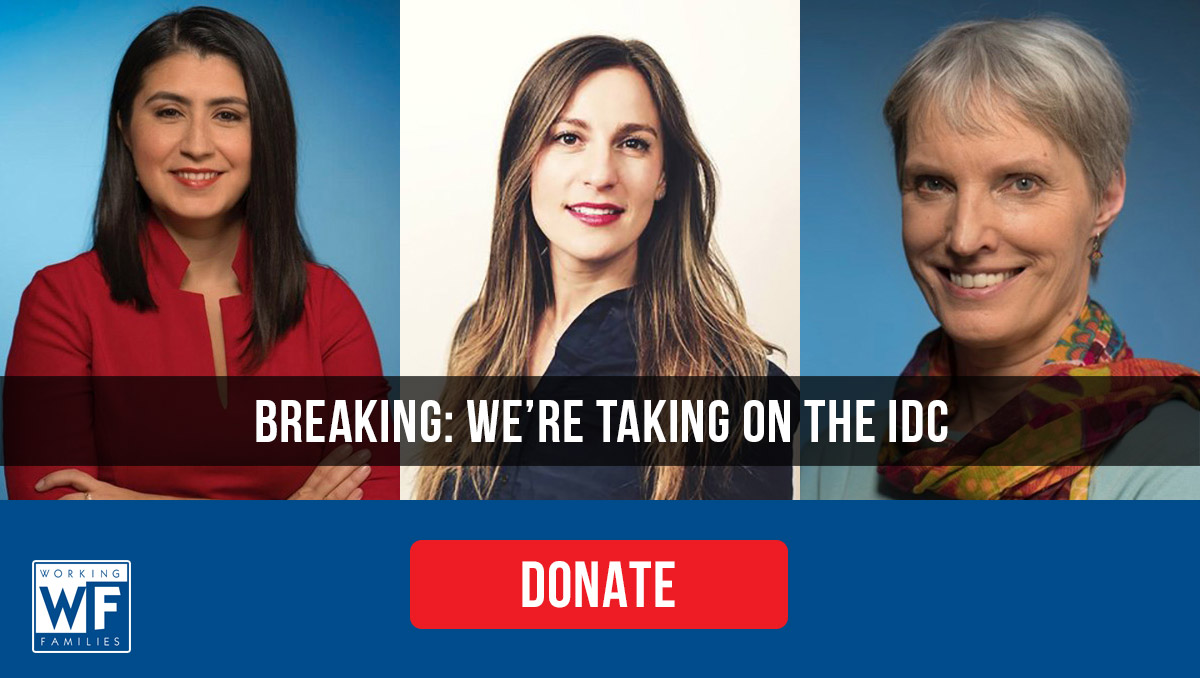 The IDC is a breakaway conference of State Senators who were elected as Democrats but who have formed an alliance with Trump Republicans in the State Senate, preventing progress for all of us for years.

The Working Families Party is proud to endorse these three progressive women who are standing up to launch primary challenges against IDC incumbents in their districts:

We’re proud to support these courageous women as our first three endorsements for State Senate in 2018 — and we’re gearing up to elect them and other Working Families Democrats who will stand for us in Albany by voting for progressive leadership. But it’s going to take a groundswell of contributions from grassroots supporters like you to make this happen.

Can you chip in today to defeat the IDC and elect Working Families Democrats across New York state? Contribute now to say you’re in.

The IDC-Republican alliance hurts New Yorkers every day. That’s why we’re going all in to elect Rachel, Alessandra, and Jessica and other candidates like them who will stand for working families in Albany, not the 1%.

Together, they will work with Senate Democratic Leader Andrea Stewart-Cousins to make New York a state that works for all of us by demanding the wealthy pay their fair share, protecting our rights, expanding health care, improving public education, fighting climate change, reforming the criminal justice system, strengthening our democracy, boosting affordable housing, fixing our public transit system, and more.

It’s long past time to empower women leadership in the State Senate and put an end to the division that has prevented real progress for working families. But the IDC and their Republican allies are going to have some big advantages on their side, including the power of incumbency and massive amounts of cash from their corporate donors.

Working Families Democrats are going to need the resources to win, and we’re counting on a surge of grassroots contributions from supporters like you to make it happen.

Are you in? Then chip in today to help WFP elect Working Families Democrats like Alessandra Biaggi, Jessica Ramos, and Rachel May!

@SochieSays is speaking 🔥🔥 at the @YuhLine campaign kickoff! @NYWFP is building a movement to make a New York for… https://t.co/fId3y92nzj