Chris Giunchigliani — or just Chris G. for short — is the perfect Working Families Party candidate because she really is running for a Nevada that works for everyone, not just the well-connected few.

That’s why we’re pulling out all the stops to get out the vote for Chris G. for governor. But we can’t do it without your help, Sara.

Say you’re in: Sign up here to help WFP elect Chris G. the next governor of Nevada. 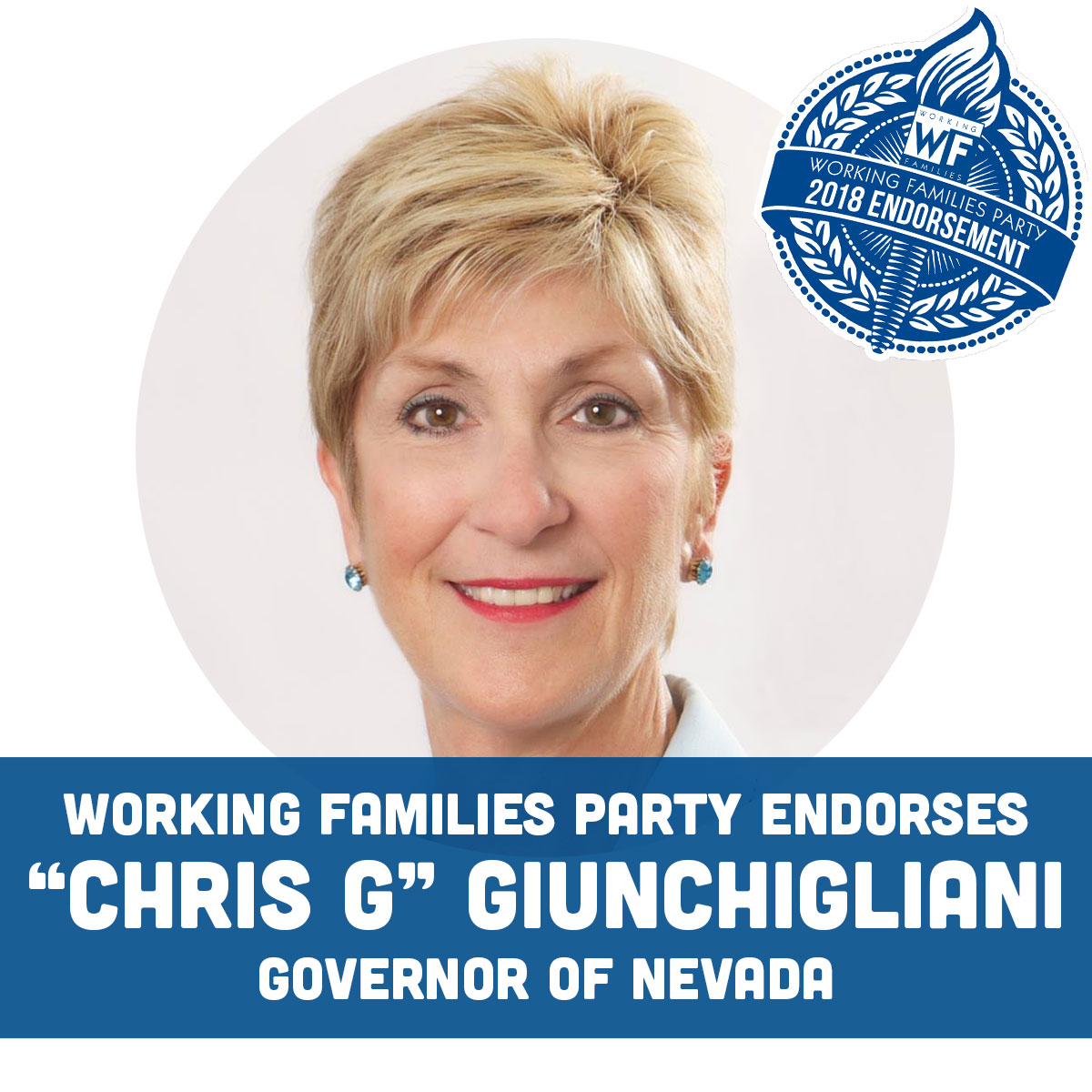 Nevada’s schools are ranked last in the nation. For too long, politicians have paid lip service to public education on the campaign trail, but failed to actually address why our schools are failing our children once they get to Carson City.1

As governor, Chris G. will make the school funding formula her top priority to ensure that every child in every zip code has a quality public education — and she has the track record to get it done.

Chris G. served on both the Clark County Commission and in Nevada State Assembly, where she helped pass bills that improved the lives of working families, including legalizing medical marijuana, improving access to oral contraceptives, restoring rights to ex-felons, expanding access to kindergarten, passing the last minimum wage increase in Nevada, and incentivizing renewable energy and green building. Chris G. was also the only NO vote on the County Commission against the $750 million corporate Raiders Stadium deal — the most expensive and irresponsible public subsidy for a sports stadium in U.S. history.

Chris G. is running for governor of Nevada to fix our schools, raise the minimum wage and support affordable housing, pass Paid Sick Leave, and protect our state’s beautiful public lands for generations to come. Meanwhile, her opponent is a fiscally conservative multi-millionaire and former lobbyist who has a record of siding with developers and powerful special interests over working families.

For us, the choice is clear. Chris G. is the only candidate who understands the needs of working families in Nevada and will fight for us in Carson City. Are you in? Then add your name here to say you’ll help elect Chris G. the next governor of Nevada.

For a more progressive Nevada,

There are a lot of things many people thought weren’t possible just a few months ago! I believe that we will win. https://t.co/3GTL9mab3y