There is massive voter suppression happening in Georgia and we need your help to stop it.

Right now, Georgia’s Secretary of State Brian Kemp — who is also the Republican nominee for governor — has single-handedly held up 53,000 voter registrations. What’s more, it’s clear that he’s targeting Back voters — 70% of the registrations being held up are from Black voters despite being only 32% of the state’s population.1

Sara, I have been on the ground in Georgia since January to help elect Stacey Abrams as the first Black woman governor in America. Stacey is only 2 points down in the polls, which means this race could go either way.2 So Republicans are resorting to dirty tricks, targeting Stacey’s base with voter suppression tactics to cheat themselves into the governor’s mansion.

But we have a plan to fight back. We are working closely with the New Georgia Project Action Fund to talk to our folks about what Brian Kemp is doing to suppress the vote, and making sure they get out to the polls on Election Day. Will you rush an emergency donation of $3 to the Working Families Party and New Georgia Project Action Fund to fight voter suppression and help get Stacey elected? 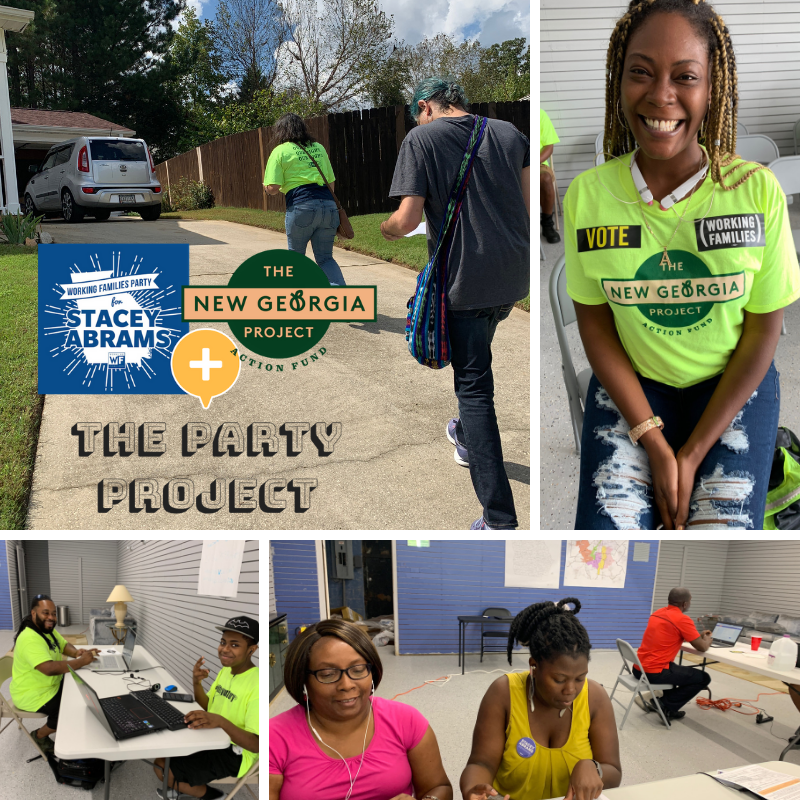 We’ve already stopped Brian Kemp’s voter suppression tactics before. And we can do it again.

Back in August, Brian Kemp’s office tried to close seven of nine polling locations in Randolph County, an area that is solidly in Stacey’s corner. But we worked with New Georgia Project Action Fund to fight back, going door-to-door to get voters in Randolph County to petition the closures and raised enough controversy that election officials were shamed into reversing course.3

Brian Kemp has a long history of trying to suppress the vote in Georgia, using his position to purge hundreds of thousands of voters from the rolls, and the New Georgia Project Action Fund has a long history of fighting back at the State Capitol, in the courts, and on the ground. In fact, the New Georgia Project Action Fund was actually launched in 2014 by Stacey Abrams herself with the goal of registering more than 700,000 voters of color.

The voter registration deadline has already passed. But we can keep up the pressure and redouble our GOTV efforts to fight back.

Will you split an emergency donation of $3 to Working Families Party and the New Georgia Project Action Fund to fight voter suppression and help get out the vote for Stacey Abrams?