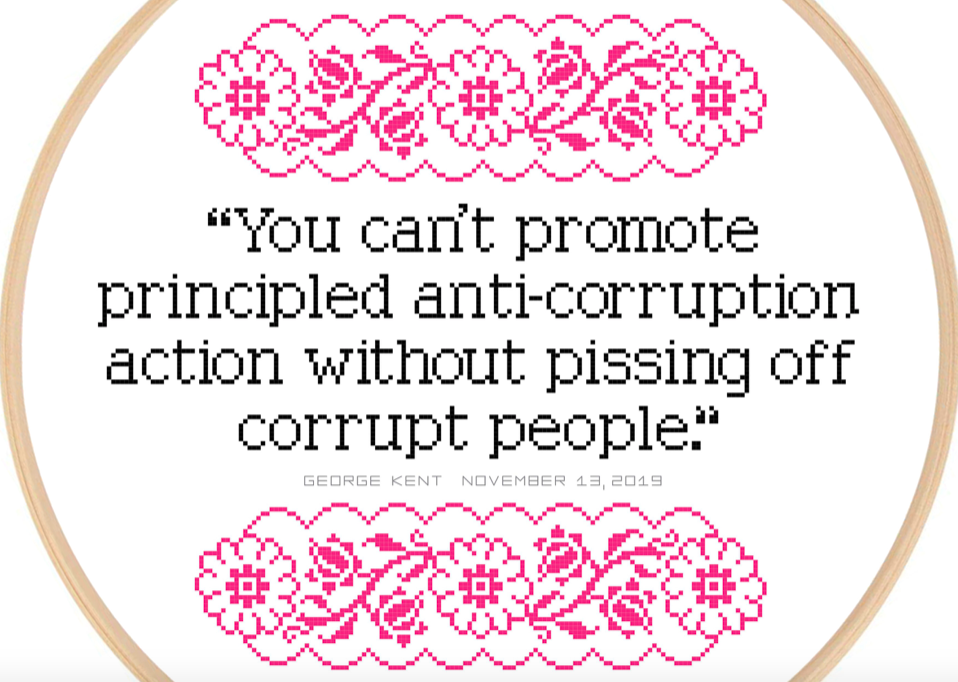 A special Sunday edition of Winners and Losers for all the Giants, Eagles and Jets fans out there who don’t smile too much this day of the week. And thanks to all who reached out to ask if you somehow missed it. Nope, like my holiday cards, I am just late!

Huge thanks this week to our Senate Dems. For the third straight week, you’ve dutifully managed to keep the spotlight on your own shameful practices, especially the EDA scandal.  Keep digging this ditch deeper boys! Because, to quote Matt Friedman, yes indeed, “We are still talking about this!” Here and here.

The Chicago Tribune: Even Chicago can now read about George Norcross and say, “Wow, maybe politics here isn’t so bad!”

Washington Post:  Karina vanden Heuvel’s piece, “Why are big-money Democrats turning their fire on progressives,” delves into the war between establishment Dems and the Working Families Party in New York, New Jersey and Philadelphia and notes that the George Norcross Senate appearance this month clearly “backfired.” And, “A rising progressive movement is vying for power with the corporate class inside the Democratic Party and outside of it. Collectively, progressives are creating a muscular political constituency that would have seemed impossible even a decade ago. And even as those groups and leaders don’t always perfectly align, they’re all, as Ocasio-Cortez said of Sanders and Warren, ‘on the same team.'” Solidarity across both rivers!

AOC: Speaking of AOC, heck yeah! Amazon moves to NY… with no tax incentives. We’re waiting on the haters to apologize, too. In the meantime, can you maybe give a webinar to our EDA and our Legislature?

Ronsha Dickerson: Incredibly important piece in the Philadelphia Inquirer this week: “We must realize that the suppression impulse of the powerful is a manifestation of vindictive hatred. Recognize that if Altman were a black woman or man the brutality would have been far worse…. We must stop powerful corporate affiliates of George Norcross – including Conner Strong and Buckelew, NFI, the Michaels Organization, Cooper University Health Care, Holtec International, and Subaru – from robbing Camden residents of their city, economic opportunity, and access to a fresh food grocer. We must stop the hierarchy of racism that suppresses so many voices.” A must read.

Jersey Progressive Advocates Partying in Mansions:  (It was in Princeton so… it’s allowed). Thank you to the Governor and First Lady for hosting various members of the progressive movement at a Drumthwacket reception on Friday evening. We also love how the Murphy family and the Drumthwacket Foundation opened up the Governor’s mansion to ALL members of the public this holiday season! We are happy to toast a memorable and inspiring 2019 for progressives in New Jersey, and warn you now Governor: that you will need MORE space for us in 2020! Keep that “Revolutionary War tent” up!

A Very Norcross Christmas. When we challenged the Courier Post for more Norcross coverage, we didn’t envision this week’s: “Christmas tradition in South Jersey: Norcross Christmas Carols.” It’s not THAT Norcross family but at least it’s a step in the right direction? This fun-loving Camden County family has no relation to the other Norcross family, but the patriarch is in his 60’s and his name is George Norcross. (!) We don’t have large budget but we think Working Families needs to hire this guy as a seasonal employee. Can you imagine our press releases? “Norcross Wishes Murphy Family a Very Merry Christmas,” “Norcross to Perform Carols at the Chen Commission,” and best of all, “Norcross to Codey: Happy Xmas (War is Over).”

George Norcross (yes that one): The NJDSC mailer sent out last week is really a sign of the times. It’s hard to imagine a flyer like this a year ago. Last February, George was basically giving TED talks about his awesomeness, and everyone cheered. Remember that bygone era?

Snooki: Not since Bill Bradley’s sudden retirement from the United States Senate 20 years ago has Jersey had to brace itself for a void that may never be filled because Nicole “Snooki” Polizzi will NOT return to MTV’s Jersey Shore. “It’s definitely a hard decision,” Polizzi said. “Okay, you guys, I love you so much and don’t hate me for my decision, but I have to do what’s best for me at the moment, and I am retiring from Jersey Shore.” We don’t judge you, Snooki.

Monmouth county Dem Organization: This Jersey Shore issue is no laughing matter, and is still unfolding, but it sure seems something is rotten in Monmouth.

Black Bears: Ugh, the hunt begins again. According to the Wall Street Journal, “Black bear hunting in New Jersey continues Monday despite sightings and nuisance complaints being down nearly 70% compared with five years ago.” We are glad there is now a moratorium bill in the works.

Richard McGrath: We hear he’s a smart, peace-loving kinda guy, so we were pretty disappointed he channeled his inner Trump-on-Twitter to release a statement the White House would be proud of. Let’s learn from this, staffers: Steve Sweeney and George Norcross don’t care about YOUR reputations if it helps desperate attempts to salvage THEIR reputations. Just say no.