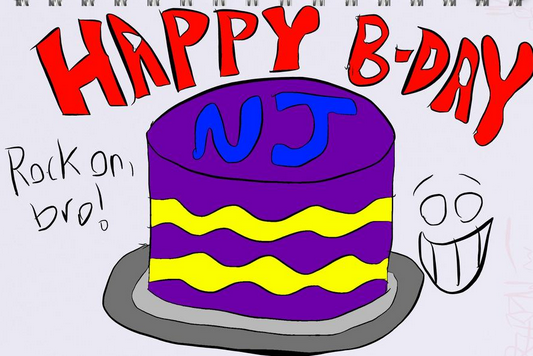 House Resolution 755: Only five other states in the entire country had more members of Congress support the impeachment of President Donald John Trump than the 10 yes votes that originated from New Jersey. Special thanks to Freshmen House members Sherrill, Malinowski and Kim for voting their conscience despite the potential of political risk in competitive district. Here’s the good news: Whether they agree with you or not, Jersey voters generally reward guts.

Si se puede! It’s official: New Jersey has become the 15th state/jurisdiction to expand access to driver’s licenses regardless of immigration status. Incredible work from Make the Road New Jersey, the Alliance for Immigrant Justice, Cosecha and all the incredible advocates who helped deliver this hard-earned victory!

John Currie and Leroy Jones: See what happens when Steve Sweeney and George Norcross aren’t at the table flipping over the chessboard? The Democratic Party can actually work together, act like adults, be magnanimous (we liked your statement Chairman Jones), and forge compromise. To the legislators, columnists and “insiders” who for two years have been blaming Phil Murphy for not knowing how to cut deals with Steve Sweeney: Has it occurred to you that Steve Sweeney has no interest in cutting deals with Phil Murphy? We know that the South is “always the victim” (just ask them), but maybe Phil Murphy isn’t the unreasonable one?

80,000 New Jerseyans: Governor Murphy on Wednesday signed legislation to restore voting rights to more than 80,000 people who are on probation or parole beginning in March. The Governor also signed legislation that will allow certain low-level nonviolent offenders the ability to have their records expunged if they are not re-offenders. New Jersey has the country’s highest rate of racial disparity in the state prison system. The work is far from done, but this is a step towards justice!

SEIU 32BJ: A great day for New Jersey and the 7,000 commercial cleaners who just settled a new four-year contract which includes raises, health insurance and has a comprehensive sexual harassment policy. When we fight, we win!

New Jersey Globe: The best part of the NJ Globe’s 2019 Power List? The cover art! Christie in a beach chair Never. Gets. Old. Big congrats to Chris on his placement at #61, the first time we’ve seen big double digits after Christie’s name in quite some time. If he falls off the list, we hope we can keep using the beach chair though.

Venti Moola, with a shot of Depresso: We think they needed at least a 20 ouncer for a $10k in cash to be stuffed into. A grande is just not gonna cut it in Jersey. As Matt Freidman said, this is some “avant-garde corruption.” Leave it to Jersey, always innovating.

Anti-Semitic School Board Members: Not the best week for the Jersey City School Board.  It is disgraceful and infuriating to read one of its Board of Education member call Jews “brutes” on Facebook less than a week after the city’s Hasidic community suffered a deadly attack in a kosher market. Joan Terrell-Paige asked:  “Are we brave enough to explore the answer to the (murderers’) message?” Ugh. Let’s hope Terrell-Paige is smart enough to answer Governor Murphy and Mayor Fulop’s message: Resign now.

Chris Christie’s EDA members: Lots of damage done, and they should have resigned months ago, but, at long last, they’re gone. Congratulations to Governor Murphy for appointing four new board members to the EDA who are committed to delivering real economic development “instead of wasting billions of taxpayer dollars on large companies that often didn’t deliver the jobs they promised.” We like what new Board member @aisha-glover said: “I am pleasantly surprised that the governor didn’t mention there are four women. We don’t always have to call things out in order to acknowledge them.”  H/t @klandergan.

Science: Let’s get this straight. The State Senate enthusiastically renewed the Economic Opportunity Act despite ongoing federal and state criminal investigations and many experts weighing in against it. But they kowtowed to noisy anti-vaccination opponents despite the measure being a critical public health initiative? On the heels of a measles outbreak in the region this year and amidst a drop in the percentage of grade school students who have been vaccinated in New Jersey? Got it. Great leadership!

Brigid Callahan Harrison: We’re sure it’s pure coincidence that Harrison: 1) authored an op/ed defending George Norcross’ abuse of tax credits; 2) authored an op/ed where she tried to delegitimize the EDA Task Force; 3) attended the infamous Senate hearing on the Norcross side of the crowd-control rope; 4) fawned over Norcross and Ayscue in an op/ed about VBM; and 5) fawned over just Norcross in a “Between Two Ferns” interview last month and now — wait for it —  received overnight machine endorsements from Norcross allies seven months before a Primary and before all candidates have declared! We do not believe Harrison acted ethically in purporting herself to be a neutral academic on the EDA scandal (in retrospect she obviously wasn’t). And we predict a strong percentage of Democrats in that district will never support her pro-Norcross corporate welfare agenda that has failed Atlantic City as much as it has Camden. We don’t need JVD 2.0.

JVD: The fan-boy swooning over Trump really gets us. Gross. Here are our top-three must reads on the Van Drew debacle:
1) The Nation: “Progressives think Van Drew’s move offers a chance to elect a real Democrat in New Jersey’s second district—although they also worry about splitting the progressive vote, and letting someone with ties to longtime South Jersey Democratic boss George Norcross take the seat again.”
2) WNYC: Five Reasons the Defection of Van Drew Is About More Than Trump
3) The Cape May Standard: The Death Of The South Jersey Party Boss.

Hermey: Jeff Van Drew is seriously spoiling all the warm feelings we have towards dentists this time of year. Remember Hermey from Rudolf the Red-Nosed Reindeer? Hermey’s revelation that he would rather be a dentist instead of a toy maker makes him a social outcast among the other elves in Christmas Town and puts him at odds with the Boss Elf. After being threatened with the loss of his job for poor performance and not “fitting in,” Hermey quits his job as a toy maker and decides to run away from the Workshop to stay true to himself and become a dentist. There’s a lesson here, people. 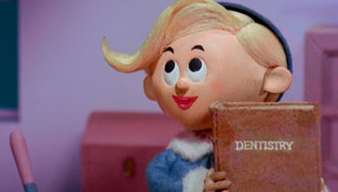 The #WFPJusticeFund is a new grassroots fund to defend elected officials and support bold new candidates who will f… https://t.co/mCjgJp6gqE