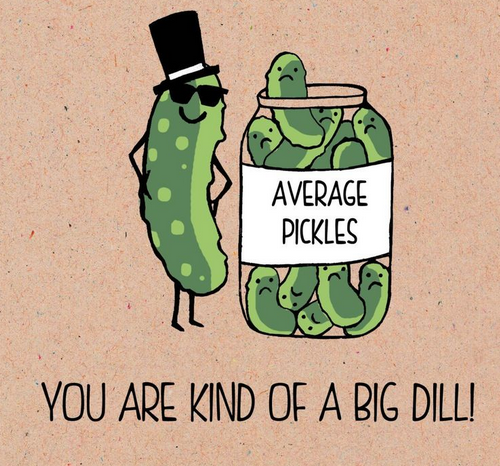 Love is in the air this weekend! If you’re still searching for that perfect gift for your Valentine, may we suggest a Jersey fresh Pickle bouquet?

WINNERS:
The Democratic State Committee: For hiring Saily Avelenda, a University of Pennsylvania educated attorney and founder of the grassroots organization NJ 11th for Change. We are thrilled she will be the new Executive Director of the Party, ringleading all the way to the top! The grassroots are taking over, and Jersey will be better for it. Now if we only had 21 Sailys as County Chairs to once and for all do away with county patronage fiefdoms. It’s a girls’ dream.

Tax Preparers Paying Taxes: Jackson Hewitt is one of three companies that reached termination agreements voluntarily with the task force, ultimately canceling about $11 million in incentives. Two of the three companies in the Politico report are North Jersey-based. So can we stop complaining the Task Force has been unfairly picking on South Jersey? The “South Jersey gets no love” theme was hot this week: Sweeney’s defense of keeping an uncapped tax incentive plan was somehow supported by a theory that South Jersey will not get any tax incentives without an unlimited incentive program, even one that is rife with fraud and abuse and puts no limit on awards. Hmm…

Jersey City: Congrats to the most culturally diverse City in the USA! Kudos, also, to Mayor Fulop this week who continues to stand up to the Kushner family (yup, those Kushners…) who are suing the City because they feel they deserve an abatement for a residential project in Journal Square. That’s right, here we have another ridiculously wealthy NJ family, with close connections to Trump, weaponizing the law to avoid paying taxes on waterfront development. Apparently, tax-free development is kinda their thing too. Get over yourselves!!

Justice: Eh, well, sort of. This week two Camden men walked out of prison in Trenton after being exonerated for a 1995 Camden City murder thanks to the Last Resort Exoneration Project through the Seton Hall University School of Law. They served 25 years (YEARS) before they were exonerated this week. Said one of the mothers: “They just wanted to put some black people in jail, and they just picked my son and his friend,” she said, again fighting tears. “I hope that never happens to nobody else’s child.” An inexplicable and unnecessary additional cruelty: “State corrections officials refused to tell their families, or even their lawyers, when, exactly, they’d be let go, so a group of supporters stood vigil for more than eight hours.” Jersey, we can do better.

Fran Ehert and the brave women who spoke this week: It takes bravery to publicly recount a traumatic incident involving one of the most powerful men in our State. Huge gratitude for Fran, and all of the women who came forward this week, and in the weeks and months before. We are glad the Senator afterward took the time to apologize to Fran, but, as Jay Lassiter wrote for Insider, we are still concerned with the ways power has been wielded in Trenton for decades: “Sweeney and his crew control PACs and SuperPACs so they can max out and then still fund all those “uncoordinated” independent expenditures you won’t find on NJ ELEC reports. It’s easy to understand why lawmakers, in particular, are timid to cross Sweeney. They fear losing committee assignments or having their legislation shelved by a man who prizes loyalty most. Does that sound like a healthy work environment to you?” Nope. And bad for democracy too.

Camden NAACP: Kevin Barfield, Camden NAACP’s fearless President wrote a strong/ed this week in NJ.com: “DRPA has for years been viewed as a patronage pit – and its questionable dealings with Conner Strong & Buckelew, Norcross’ insurance brokerage, were the subject of a scathing 2012 New Jersey Comptroller’s report. But its involvement in a scheme that denies Camden residents access to fresh groceries should shock even longtime critics of the bi-state agency.”

Philadelphia 76ers: Well, that bank shot got rejected! The team has to give $400,000 back to the State for charging the EDA their application fees. We suggest you #TrustTheProcess and get a more honest Jersey lawyer.

Trump: This dude could be a loser every week ya know. The Trump administration filed a lawsuit this week seeking to overturn restrictions on when police can cooperate with federal immigration officials. Fortunately, we have a Democratic governor who has vowed to fight this fearmongering policy hard.

Conservative Budgeting and Oscar the Grouch: Donald Trump’s heartless $4.8 trillion budget would cut funding for food stamps, Medicaid, welfare, grants to urban areas, home heating assistance for low-income families, and the agency that helps fund public television. “President Trump’s budget represents yet another massive redistribution of wealth from low-income and working-class families to the top 1 percent,” said Raymond Castro, from New Jersey Policy Perspective. As we delve into budget season here in the Garden State, it’s a good reminder that last year President Trump actually CONGRATULATED the Democratically controlled legislature on a Trump-approved budget- because the Legislature refused to increase taxes for incomes over $1 Million.
Esoteric Electoral Reform:  Cape May County Indivisible announced a brave and innovative pledge asking candidates to “call for the end of the county line and to support ballot reform that embraces the spirit of open democracy,” Brigid Harrison didn’t sign that but responded with her own set of electoral reforms. These reforms are sure to do almost nothing to make Cumberland County elections more fair, except guard against an influx of Ukranian money. (Note: that’s not a thing.)

“Philanthropy” as an exertion of political power: The New York Times did a great job reviewing Mike Bloomberg’s “philanthropic” giving. The Times pieces “illustrate how [Bloomberg] developed a national infrastructure of influence, image-making, and unspoken suasion that has helped transform a former Republican mayor of New York City into a plausible contender for the Democratic nomination.” This philanthropy-as-power grab feels familiar in NJ, as we learned George Norcross announced the Camden City Community Grant Program’s first 29 grantees of $5,000 each- a whopping $277 per month. This is for a city that will play host to over a BILLION dollars in tax incentives awarded to companies connected to this same person. What kind of a bargain is that? How about you just PAY YOUR TAXES and keep your “philanthropy”!

Rich Guys with Public Money Vacuums: We really aren’t sure we need tax incentives at ALL- this is not why businesses move to (or stay in) Jersey. But we sure love the sanity in two editorials this week: The Star-Ledger and the Philly Inquirer, who both see what everyone with eyes can see: caps are the very LEAST we can do to reign in corporate welfare programs. 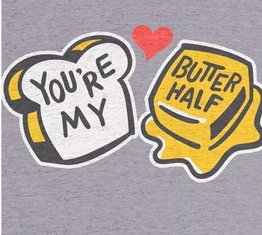