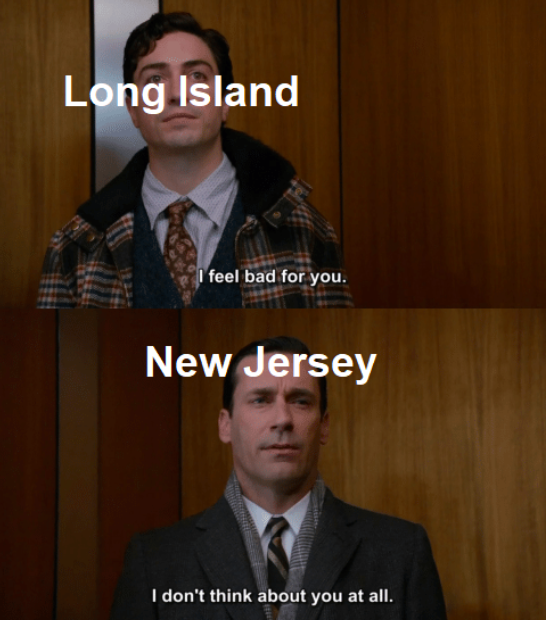 Congrats, Jersey, you are living rent-free in Long Island’s head.

Good thing we have @NJGov and NJ Twitter to defend our collective honor. Is Long Island even an island? It’s definitely not a state, but not for want of trying. Y’all even tried to secede. Come on now!

(Then again so did South Jersey.)

WINNERS:
74%: That’s the percentage of New Jerseyans who believe Gov. Murphy is doing a strong job managing the pandemic. An eye-popping 93% of Democrats approve of the Governor’s overall job performance and over half of Republicans even approve of his handling COVID-19, although you wouldn’t quite know it listening to Trenton Republicans or The Longest Serving Senate President in New Jersey History. (LSSPINJH. Pronounced “le spinach”.)

Closing the Digital Divide: As families and schools begin to prepare for a new school year during this pandemic, the Governor said he’s investing tens of millions of dollars into closing the digital divide in the state. It shouldn’t have taken a pandemic to get us to move in this direction, but this is a step forward.

Nosy Neighbors: While NJ (Norcross and Julie).com remains in serious denial about South Jersey machine headwinds, it was refreshing to get some out-of-state perspective this week on George Norcross’s recent and remarkable freefall by the New York Daily News, Pro Publica, and Roll Call. And all is not lost in Jersey: be sure to check out Alan Steinberg and Jay Lassiter this week too. (The photo of Roger Stone and a certain “political operative” featured in the Lassiter column is certainly not aging well, is it.)

Off-the-Line Primary Winners: The tide is turning in South Jersey! It’s official (as per David Wildstein): Donna Pearson wins in Cumberland! Might this be the first off-the-line victory for Freeholder (Commish) in NJ history? And Amy Kennedy received the coveted “Red-to-Blue” designation by DCCC this week, one more step towards cleaning up the mess brought upon by South Jersey elevating the wrong candidate for decades. Times are changing, baby!

Governor Sweeney, of Georgia: The Longest Serving Senate President in New Jersey History (ahem, LSSPINJH) tweeted this week that “erratic decision making is setting New Jersey’s reopening back further” and “we cannot afford this risk.” This was tweeted out literally the SAME DAY governors across the United States were being slammed for reopening too soon and as New Jersey remains one of the only states in this nation with positive trends. The only “risk” we “cannot afford” is Senate Democrats entrusting you with leadership any longer. Oh, and advocates had a thing or two to say about the Senate’s insane decision to hold in person committee meetings this week.

Trump for America, Inc: Fined by our Attorney General Gurbir Grewal this week.

Dawn Addiego: Was called out by progressives in South Jersey this week for her break from the Party over the bonding vote.

Yachts and their tax-evading owners: Yes, NJ still gives tax breaks to yacht shoppers. I know, right? Great job by Make the Road this week, spearheading a rare triple protest action week! Reminding us all that the recovery must benefit workers, not billionaires. #FundTheRecovery

Republican Plans for the Pandemic Budget:
GOP: “Borrowing money during a pandemic is a horrible plan! How irresponsible! Think of the children!”
Democrats: “Ok, then, what’s your plan?”
GOP:

Final Note: Rest in power, Rep John Lewis. There has been an outpouring of condolences expressed by Republicans, who act as if the Civil Rights movement is somehow a thing of the past, a relic, something already done. Hardly. If Congress really cared about this man’s legacy, they would have passed the Voting Rights Restoration Act, as Rep Karen Bass pointed out this weekend. As National Director of WFP, Maurice Mitchell tweeted: “Do the right thing when it’s unpopular. Stand by the righteous while they are scorned. Don’t crowd their casket when they pass yet not lift a finger for their cause.” 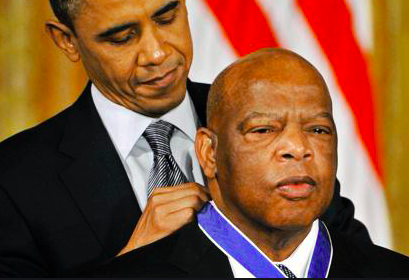 Tag your legislators & tweet: "Bill A2212 is an essential step towards reversing NJ’s history of environmental raci… https://t.co/m7nw4CrwaG